There are now five bipartisan bills being considered in the United States House of Representatives, strictly intended to help put some checks on the power that today’s modern technology giants have. Let’s consider what these bills are, and why the current business environment has inspired them.

Coming after a lengthy investigation by the House’s antitrust subcommittee focused on the competition to be found in the digital space, this legislation could be the largest change to antitrust laws in many years… assuming, of course, that this legislation passes.

The Bills Being Considered:

Let’s go over the context of these bills, and what each is designed to do.

Designed to disallow tech giants from pushing their own products and services over that of their rivals, this bill would also ban companies from cutting their competition off from services and from using data collected from rival companies using their platforms to develop products in direct competition with them.

This bill is meant to prevent tech companies from weighing the scales in their favor by leaning on their diversified business portfolios. Basically, if a platform has more than 50 million monthly active users and market capitalization rates (better known as a market cap) of over $600 billion, this bill would prevent them from operating another business that creates a conflict of interest. Lawmakers have indicated that Amazon and Apple could have partially inspired this bill, as each distributes their own products and services on the platforms that each host: Amazon sells Amazon-branded products, while Apple creates applications for distribution in its own app store.

The Platform Competition and Opportunity Act

This bill is intended to prevent businesses from eliminating their competition and otherwise expanding their influence in their market by acquiring the other companies around them. Rather than the government needing to prove that an acquisition would cause harm to the business landscape, the business seeking to take ownership of another would carry the burden of proof to show that their merger would be legal.

This piece of legislation would raise filing fees, which would then be used to fund the government’s pursuit of other antitrust initiatives. As such, these funds would largely go to the Federal Trade Commission and the Department of Justice.

ACCESS would make the process of transferring one’s private information far simpler, and is not the first bill introduced to do so.

Can you guess what these four companies are?

If you guessed Amazon, Apple, Facebook, and Google, you’d be right. When these bills were released, Colorado Representative Ken Buck called them out by name in the accompanying statement: “Apple, Amazon, Facebook, and Google have prioritized power over innovation and harmed American businesses and consumers in the process. These companies have maintained monopoly power in the online marketplace by using a variety of anticompetitive behaviors to stifle competition.”

These companies—worth a combined total of about $6 trillion—have long been the focus of such efforts, mainly because they hold such power. These six pieces of legislation could each level some significant impacts upon them. For instance, Amazon could no longer sell its own branded items on its marketplace if the Ending Platform Monopolies Act were to pass, while it could also prevent Google from featuring YouTube videos in its search results. Meanwhile, representatives of these four companies have spoken out against these bills, and these companies are all currently embroiled in other antitrust lawsuits as well.

Therefore, after a lengthy investigation, these four companies were deemed monopolies in a House Judiciary Committee report. If the House Judiciary Committee approves of these bills, they’ll move on to the full House of Representatives, before moving on to the Senate and then the desk of the president… assuming it makes it past the guaranteed resistance it will face from lobbyists.

We’ll just have to see what happens, and how that will influence the Internet moving forward. What do you think? Do you see the Internet shifting in the near future? One way or another, time will only tell.

More posts from author
Friday, 26 November 2021 Google My Business App Changing to Google Business Profile
Wednesday, 24 November 2021 Tech is a Big Seller on Black Friday and Cyber Monday
Monday, 22 November 2021 What We Can Learn from the Facebook Outage 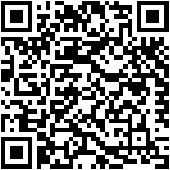