If there is one shared priority most businesses and other organizations need to have it’s a strategy on how they are going to go about securing their network, infrastructure, and data from the numerous threats they face. Let’s take a look at three of the most crucial issues surrounding organizational cybersecurity as we head into the new year.

Smart devices and Internet-of-Things devices in general have taken the world by storm, and a home without at least a handful of smart devices is quite rare to find these days. However, smart devices—or devices that connect to the Internet to perform various functions—must be approached with a certain level of caution.

It’s not unheard of for some threats to remain undiscovered for months or even years, as is the case with a particularly nasty one in the Microsoft Azure database system. This exploit, discovered by cloud security provider Wiz, is built into Cosmos DB, Microsoft Azure’s managed database service. Let’s take a look at the exploit and see what we can learn from it.

Another ransomware threat is out and about, this time targeting unpatched and end-of-life products in SonicWall’s Secure Mobile Access (SMA) 100 series and Secure Remote Access (SRA) products. To make things worse, the threat is currently being used, so businesses utilizing these devices must take action now to limit how much damage this ransomware can do.

Security can be tough for small businesses to optimize, but that does not make it any less important. One such way that security can work against you is actually your employees’ predispositions toward it; the cognitive biases that your employees have regarding security can put your company at risk, even if that is the last thing on their minds.

Training is Crucial to Establishing a Security Strategy

Cybersecurity is one of those components to an IT strategy that is absolutely critical; you cannot ignore it in today’s age of ransomware and other high-profile hacks. In order to make sure that you are prepared to handle anything that comes your way, you must periodically test your security practices and assess how well your team can prepare for attacks. The question remains as to how often you should do this.

What You Need to Do If Your Business is Hacked

Few things are scarier for a modern business to consider than the idea that they will be hacked, regardless of that business’ size or industry. After all, hacking can, will, and does cause significant damage across basically all aspects of your organization. This is precisely why it is so important that—should a business be hacked—the proper steps are taken in response.

The Current State of Cybercrime Paints a Grim Picture for Businesses

Over the past year, entrepreneurs have focused on how to do business during the global COVID-19 pandemic. The public health crisis has been an opportunity for fraudsters and hackers, and the result has been an increase in losses (compared to the second-worst period on record) by over 50 percent. Let’s consider the situation, and how it is—unfortunately—getting worse.

How Cybercriminals Are Keeping Themselves Entertained

With the given pandemic, a lot of people have had a bit more time on their hands, so it makes sense that many are turning to streaming services and the like for their entertainment. Unfortunately, this has not gone unnoticed by cybercriminals.

Let’s take a few moments and examine the practice of credential stuffing.

What Are the Biggest Cybersecurity Concerns Going into 2020?

Cybersecurity should always be a priority for a business, and cyber criminals are always evolving their tactics. As a result, it pays to keep an eye on the horizon for the next looming threats. Here, we’re reviewing a few threats that cybersecurity professionals say that businesses should be concerned about in the near future.

Watch Out For Large Amounts of Scams This Holiday Season

The 2019 Holiday Season is officially upon us, and unfortunately, that means that scammers around the world are ramping up for another busy season. Deals are abound on Black Friday and Cyber Monday. Sadly, those two big shopping days mark the beginning of a mad sprint to push out as many shopping-related scams as possible. Researchers at ZeroFOX have been monitoring the online retail landscape and have identified more than 60,000 potential scams, most of them aimed at mundane product categories that are not categorized as luxury items.

Automation is sometimes misconceived as a troublesome or unreliable addition to business. It’s not about replacing people with machines, it’s about getting more done with the people you have. Having an attitude that doubts technology and believes nothing can replace human processing can quickly put you at a disadvantage compared to your competitors.

Recently the US branch of the global telecom company T-Mobile disclosed a security breach that impacted a small percentage of its customer base. Specifically, the breach revealed certain information belonging to a small number of the company's prepaid cellphone users. The exposed data included customer names, billing addresses, account numbers, rate plans, plan features and user phone numbers. The company stressed that no payment card information or passwords were compromised.

Zombieload V2 Is Back To Wreak Havoc On Intel Chips

Zombieload is back. First discovered in May of this year, it was described as a successor to the infamous Meltdown attack. That was a data-leaking side-channel vulnerability that impacted all Intel processor generations from 2011 and beyond. Intel hasn't had a good run of late, being beset almost constantly by these kinds of issues, and Zombieload was one of three new MDS variants discovered.

There's a new and unusual ransomware strain making the rounds that you should be aware of. Called 'AnteFrigus,' it is primarily distributed via 'malvertising' that redirects users to the RIG exploit kit. One of the most unusual features of this strain is the fact that it specifically doesn't target the C: drive of the target computer.

Microsoft Cortana App Getting Dropped From Many Countries

It appears that Microsoft is getting rid of their Cortana App in several countries due to security concerns. The question is whether the United States will be next. Recently, the following notice appeared on Microsoft's UK site:"To make your personal digital assistant as helpful as possible, we're integrating Cortana into your Microsoft 365 productivity apps. As part of this evolution, on January 31, 2020, we're ending support for the Cortana app on Android and iOS in your market. At that point, the Cortana content you created - such as reminders and lists - will no longer function in the Cortana mobile app or Microsoft Launcher, but can still be accessed through Cortana on Windows. Also, Cortana reminders, lists, and tasks are automatically synced to the Microsoft To Do app, which you can download to your phone for free.After January 31st, 2020, the Cortana mobile app on your phone will no longer be supported and there will be an updated version of Microsoft Launcher with Cortana removed."

Researchers at Proofpoint have found evidence of a new threat actor who has been sending out convincing looking emails. They are claiming to come from several government agencies. These include the Italian Revenue Agency, the German Federal Ministry of Finance, and the United States Postal Service. This is all part of a malicious campaign designed to infect targeted recipients with a variety of malware.

Another WhatsApp Vulnerability Has Been Found

WhatsApp is the most popular messaging platform in the world. Unfortunately, that means it's got a giant bullseye on it where hackers are concerned. In recent months, the company has faced no end of troubles as a raft of vulnerabilities have been exposed and exploited by hackers from every corner of the globe. The company is still reeling from the blowback associated with these various issues, but their troubles don't seem to be over yet.

If you're using Google's Chrome browser to read this article, be advised that the company has announced the presence of a pair of major, Zero-Day vulnerabilities that put you at immediate risk. Not only are the flaws of the highest possible severity, but hackers have already begun exploiting them. 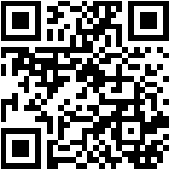