Some of the Worst Data Breaches Since September

Cybersecurity is becoming a massive issue for every organization due to the immense amount of data breaches that take place regularly. Businesses of all types are looking at strategies to protect their sensitive customer and employee data from hackers, malware, and any other potential danger. The problem is it’s not always as simple as just implementing cybersecurity software.

In case you weren't already aware, Disney recently launched a new video streaming service called Disney+ which has been driving Netflix and other established streaming services crazy with fear and apprehension since it was first announced. If the early indications are any clue, Netflix has little to worry about, but Disney has their hands full. Mere hours after the service was launched, complaints started flooding in, and not just on Disney's website.

Do you have web domains registered with Web.com, Network Solutions or Register.com? If so, at least some of your data may have been compromised. Web.com recently reported that they and their two subsidiaries named above were breached by an unknown third party. The breach occurred in late August 2019 and the company discovered evidence of the intrusion on October 16th, 2019. 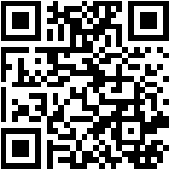