It’s not unheard of for some threats to remain undiscovered for months or even years, as is the case with a particularly nasty one in the Microsoft Azure database system. This exploit, discovered by cloud security provider Wiz, is built into Cosmos DB, Microsoft Azure’s managed database service. Let’s take a look at the exploit and see what we can learn from it.

What the Windows 8.1 End-of-Life Event Means for Your Business

Windows 11 seems to be rapidly approaching, so now is the perfect time to discuss Windows upgrades and upcoming end-of-life scenarios, including Windows 8.1, which is slated to expire in 2023. You might be wondering if you have the hardware to handle this upgrade, and that’s a valid question, but what does the end-of-life scenario for Windows 8.1 really look like for your business? Let’s take a look.

Microsoft Word is one of the most utilized platforms in business today because it delivers the results that organizations need. Unfortunately for some of these businesses, their employees may not be as proficient with Word as they need to be. Today, we thought we would provide a few quick tips about using Microsoft Word that you can share. Let’s take a look:

The recent discovery of four flaws in Microsoft’s Exchange Server software came too late to prevent a rash of stolen emails, but that doesn’t mean you need to remain vulnerable to this attack. Let’s go over the story so far, and how you can help protect your business.

Windows 10 has been out for almost five years. Now I ask you, have you ever used the Windows 10 Action Center? If the answer is yes, good for you. If the answer is no, it is time to talk about the almost hidden part of Windows 10, and tell you how you can use it to your advantage.

What is Windows 10’s Timeline?

Microsoft Windows has been a staple of personal computing for almost 35 years. When Microsoft retires their Windows 7 OS in a couple of weeks, they will be left with only two PC OSs functional: Windows 8.1 and Windows 10. Today, we will take a look at the Windows 10 OS and when to expect Microsoft to release a new operating system.

Microsoft Cortana App Getting Dropped From Many Countries

It appears that Microsoft is getting rid of their Cortana App in several countries due to security concerns. The question is whether the United States will be next. Recently, the following notice appeared on Microsoft's UK site:"To make your personal digital assistant as helpful as possible, we're integrating Cortana into your Microsoft 365 productivity apps. As part of this evolution, on January 31, 2020, we're ending support for the Cortana app on Android and iOS in your market. At that point, the Cortana content you created - such as reminders and lists - will no longer function in the Cortana mobile app or Microsoft Launcher, but can still be accessed through Cortana on Windows. Also, Cortana reminders, lists, and tasks are automatically synced to the Microsoft To Do app, which you can download to your phone for free.After January 31st, 2020, the Cortana mobile app on your phone will no longer be supported and there will be an updated version of Microsoft Launcher with Cortana removed."

You Probably Aren’t Getting the Most Out of Office 365

You’d be hard pressed to find anyone who works on a computer who hasn’t used at least one of the applications in Microsoft Office. Office has been a staple for professionals, students, and home users for decades. Over the last few years, Microsoft has reinvented how businesses can collaboratively use Office to improve productivity, security, and adhere to compliances.

Microsoft recently published an important new support document relating to several Windows versions. The document reads, in part, as follows:"After you configure a Windows-based computer to use large amounts of memory, including persistent memory, the computer takes longer than expected to start up. Additionally, increased CPU usage occurs for a short time after startup. Increased CPU usage occurs when an application frees and reallocates large ranges of memory in rapid succession." This newly discovered bug has been acknowledged as being present in the following versions of Windows:

Microsoft continues their war against spam and phishing emails with the rollout of a new feature in Office 365 called 'Unverified Sender'. It is designed to help Outlook users identify emails that may contain poisoned files or requests for personal or sensitive information that could be used to steal a user's identity. The company had this to say about the new feature: "Unverified Sender is a new Office 365 feature that helps end-users identify suspicious messages in their inbox...we've added an indicator that demonstrates Office 365 spoof intelligence was unable to verify the sender."

Microsoft may have given up on the idea of putting their Windows operating system on smartphones, but that doesn't mean they've given up on smartphones altogether. Recently, the company announced a significant feature addition that will allow users to take calls made to an Android phone from their Windows-based PC. The new feature is currently only available to Windows Insiders for testing, but will be generally available to all users in an upcoming build in the unspecified, but not too distant future. 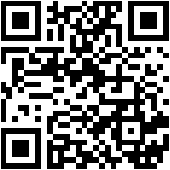