True to form, 2020 has given us a final parting gift: the news that the United States was targeted this year by the biggest cyberespionage attack ever. Let’s go into the ramifications of this attack, and what it should teach us going forward.

How to Monitor Your Employees’ Activities without Crossing Any Lines

Of all the contentious topics in the workplace, employee monitoring is among the most divisive. As an authority figure in your business, it is only natural that you would want to make sure that your team is working diligently—especially as they are working remotely. That being said, there are some lines that cannot be crossed you should be aware of. Let’s discuss the concept of monitoring your employees and what cannot be done.

Nowadays, a business’ network security needs to be amongst its top priorities if it is to have any chance of operating without undue risk of data breaches and other incidents. Admittedly, managing this sounds like a Herculean task, but a few relatively simple implementations can help give your security a considerable advantage as you lock down your business’ future. Here, we’ve reviewed four such areas you need to focus on.

The Cybersecurity and Infrastructure Security Agency (CISA) has released an emergency directive concerning a critical exploit, known as Zerologon, that affects servers running Windows Server operating systems that need to be patched as soon as possible. We can’t stress this enough. Apply this patch as soon as humanly possible.

We’ve not been shy about promoting the use of VPNs (virtual private networks) as a means of protecting your security while you are online. However, we wanted to take a bit of time to specify what a VPN can - and cannot - do to help you.

The way people talk about cybersecurity, it’s as if it is something like a television or a new phone: something you can just buy. That’s not the truth. When you are seriously looking at how you can keep unwanted entities off your network, while having control over what you do with your technology, you need to look at it as three levels of security.

Tip of the Week: Monitor Your Hardware While Out of the Office

Businesses are just now starting to reopen as stay-at-home orders are lapsing or going to lapse. For many of those businesses, remote solutions have got them through this ordeal and for many others they continue to deploy a remote workforce. For companies still promoting telework, monitoring your local IT environment is something that you need a solution for. For this week’s tip, we’ll discuss some of the best practices you can use to monitor your IT while out of the office.

Tip of the Week: How to Improve Your Access Control

As IT and OT Merges, You Need to Be Prepared

Businesses have two different types of technology to contend with each day: their information technology, and their operational technology. As these categories have become less distinct with the introduction of the Internet of Things and other similar advancements, a few new challenges to maintaining security have become apparent. Let’s go over these challenges, and what you need to do to overcome them.

Since October 2018, Microsoft engineers have been tracking a new strain of malware specifically designed to target Windows machines. As malware goes, this one isn't particularly dangerous. It's not designed to mass delete files, lock your system down or flood you with pop-up ads. Rather, its purpose is to install itself stealthily and live in the background where it will steal resources from your PC. It plans on using the resources to mine various forms of cryptocurrency on behalf of the malware's owners, giving them a fat payday and you a frustratingly slow system.

Microsoft RDP has its share of problems. That simple truth has sparked the rise of a number of open-source VNC (Virtual Network Computing) applications, which allow a user to remotely control another computer. Regardless of which VNC solution you use, they all work pretty much the same way. There's a "server component" which runs on the computer that shares its desktop.

Early in 2019, a new strain of ransomware appeared. Called "DeathRansom," its bark was initially much worse than its bite. Researchers quickly discovered that the new strain only pretended to encrypt a user's files. If victims simply removed the "encryption" extension, they could get their files back without doing anything at all. That ceased to be the case around November 20th of this year.

Zombieload V2 Is Back To Wreak Havoc On Intel Chips

Zombieload is back. First discovered in May of this year, it was described as a successor to the infamous Meltdown attack. That was a data-leaking side-channel vulnerability that impacted all Intel processor generations from 2011 and beyond. Intel hasn't had a good run of late, being beset almost constantly by these kinds of issues, and Zombieload was one of three new MDS variants discovered.

There's a new and unusual ransomware strain making the rounds that you should be aware of. Called 'AnteFrigus,' it is primarily distributed via 'malvertising' that redirects users to the RIG exploit kit. One of the most unusual features of this strain is the fact that it specifically doesn't target the C: drive of the target computer.

Most people have acquired much of their familiarity with what a hacker is through the mixed representation seen in pop culture today… but does this impression match up to a hacker in real life? Popular entertainment unfortunately doesn’t differentiate between different hacker types and their motivations very well, so that’s what we’ll handle here.

Understanding Hackers, Based on Motive

Racoon Stealer Malware Is New One To Watch For

There is a new form of malware that you and your staff need to be aware of. That's because it's gaining in popularity among cyber criminals around the world. Known as 'Racoon Stealer,' it is noteworthy not for its complexity but rather, for its extreme ease of use. Worse, the malware's designers have been marketing it aggressively both inside and out of the Dark Web,

NordVPN provides a popular Virtual Private Network (VPN) service used by clients around the world. Unfortunately, they recently disclosed that a server in one of their data centers was breached back in March of 2018. According to the details released, the server was located in a data center in Finland. It was compromised due to an insecure remote management system that was left in place by the data center provider. Worse, this was a system that NordVPN never even knew existed. 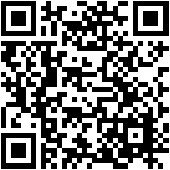