What We Can Learn from Some Foreboding Security Predictions

With the COVID-19 crisis far from over, many businesses have had their attention pulled away from their cybersecurity needs by the concerns that the current health crisis has generated. Here, we’ll be reviewing some of the observations that a group of 273 cybersecurity professionals have made, courtesy of an annual survey.

Breaking Down the Numbers

According to the 2020 Black Hat Attendee Survey, these professionals were significantly concerned with potential cyberthreats and infrastructure beaches as the ongoing health crisis continues. Significantly concerned, as in 94 percent of respondents seeing COVID-19 increasing the threats to enterprise systems and their data, 24 percent seeing this threat as “critical” and “imminent.”

A lot of these respondents were concerned with the idea of vulnerabilities in their remote access systems, with 57 percent of them responding in the affirmative. 51 percent were concerned about possible social engineering and phishing attacks.

Adding to the concern, a full 90 percent of these cybersecurity professionals predict that there will be an attack on the critical infrastructure of the United States within the next two years, rising from the 2019 prediction stat of 77 percent and the 2018 stat of 69 percent. In 2019, 21 percent of these professionals thought that there were sufficient preparations in place for government and private industry to handle these attacks. Comparatively, only 16 percent feel the same this year.

Clearly, this does not bode well for businesses, and the current COVID-19 crisis only adds another level of difficulty to their operations. After all, many business owners may disregard one issue in the face of an admittedly much more visible one. Furthermore, with so many now operating remotely, there is the added insecurity that often comes with untrained remote operations.

For instance, many common security concerns are associated with the tools meant to secure precisely this kind of operativity, such as:

Perhaps most discouraging is the idea that 53 percent of surveyed cybersecurity professionals stated that they felt serious burnout setting in. Considering that 2019’s stats placed this number at 40 percent, this jump is certainly severe.

What Can Be Done?

Based on the results of this survey, it’s clear that there needs to be a paradigm shift within businesses. Not only should cybersecurity be taken more seriously as these businesses go about distributing their available budgets, there also needs to be a greater awareness of the importance of cybersecurity on every level. Take, for instance, the importance of cybersecurity measures and how half of today’s available tools had such poor efficacy ratings. When passwords were only rated as effective by 25 percent, but multifactor authentication (84 percent), encryption (74 percent), and endpoint security (63 percent) saw much higher efficacy ratings, it seems pretty clear that the overall technology strategy that many businesses utilize needs to shift in the near future.

Seamróg Technology Solutions can help in this regard, as our team can assist your business in implementing and utilizing these improved cybersecurity measures—even now. To learn more about how you can protect your business from cybercrime through strategic technology and improved user training, reach out to us at (717) 827-7400.

More posts from author
Wednesday, 12 August 2020 Let’s Take a Look Around Android 11
Monday, 10 August 2020 What are Unified Communications, Exactly?
Friday, 07 August 2020 How Likely Is It for Remote Work to Continue? 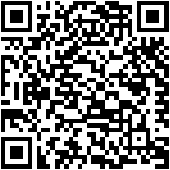